Is Social Studies Fiction A Better Name for Women’s Fiction?

The manuscript I’m working on is becoming less and less like a romance, and more like a contemporary about healing/friendship/different types of love, with suspense and a romantic subplot. I’m really stuck on what to call it as I don’t like the term ‘women’s fiction’…

Here’s the mood board I made… 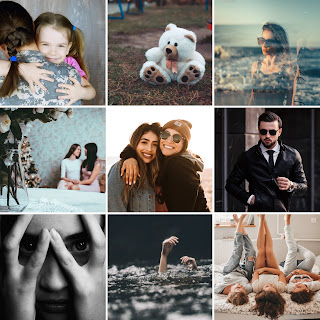 Well, it doesn’t really tell you much about the genre. It seems kind of sexist, like women have to have their own classification especially for them, and there’s no genre for ‘men’s fiction’—which, to me, kind of implies that (almost all?) other genres are written primarily with men in mind, and all stories for women just get put into this one category?

Like, it also means men likely won’t read women’s fiction for fear of being seen as feminine … so why class a whole genre of books as being just for women? What is it about them that mean men shouldn’t read them? Are these stories deemed too emotional and weak? Too trashy? I know romance is often considered trashy, which is a huge problem, and it’s considered a female genre. So why do we have to have a second genre that’s just for women that many men will look down upon too and avoid?

And this isn’t to say that the things that pop up in women’s fiction aren’t available in men’s fiction—because they are!

Randy Susan Meyers writes, “If I’m not mistaken, are there not many books written by men and marketed to all genders that include abuse, poverty, divorce, familial breakdown, and other social struggles? Philip Roth, John Updike, Jonathan Tropper, Jonathan Franzen, Jeffrey Eugenides, Pat Conroy, and Wally Lamb – to name a few. The prejudice is clear, but there is also a practical problem here. If ‘women’s fiction’ is a marketing device, it’s confusing as thus. Label a novel ‘women’s fiction’ — is the message ‘not for men’? By carving and dicing books into thin-as-lox slices, women writers lose readership. With ‘women’s fiction’ are half the potential readers in the world blocked off before the books hit the shelves?”

I really don’t like the term ‘women’s fiction’, yet there’s not really an alternative for stories that focus on the social issues and people and families, especially when they’re written by women. If they’re by men, they’re often referred to as literary or classics, and yes, some women’s books will get classed as literary and classics too, but overwhelmingly they’re put into the women’s fiction category. They’re othered.

I think ‘social studies fiction’ would be a much better name for the genre—and that it should include both the books written for men and women and by men and women. (And of course non-binary and agender people too—in short, any books by anyone about social issues or struggles—because of course another way in which the current term of ‘women’s fiction’ is damaging is through equating it with gender, suggesting a gender binary.)

Even just thinking of the name Social Studies Fiction (or social struggles fiction?) while writing this blog post has helped me a lot. I feel focused again, and I feel like it’s better describing what my current manuscript is. Maybe I’ll come back to this post at a later point to add more musings on this…

August 31, 2020
IN MY DREAMS is out now! I can't believe my first ace romance is out in the world!  Writing  In My Dreams   was such a special process for me. I am asexual, and for so long, I believed that any romance novel I wrote would have to include allosexual characters. I didn't think anyone would want to read about a main character who's asexual, especially if it was a romance novel. I really believed that a romance novel had to include sex--but all I really wanted to write was the romance (because that's what appeals to me). You know, those scenes where your characters are falling in love, where everything's new and exciting, where you're really emotionally invested in a pairing.  And where there's also no sexual attraction.   Because that's what it's like for me. I'm asexual, and I don't experience sexual attraction or have a desire for sex. I'm still attracted to people (physically and emotionally), and I'm still very romantic (though man
Post a Comment
Read more

Yet Another Example of Asexuality Being Erased…

April 20, 2022
They had the opportunity to include asexuality… you know, on the colour that represents asexuality… but instead they wrote ‘straight’.  I spotted this poster at my local NHS walk-in centre. Very disappointing.  Ace erasure and exclusion is exactly why days such as #InternationalAsexualityDay are important.
Post a Comment
Read more